Maxxon pontoons, as of a year or so back are now welded rather than being assembled with glue. This has increased their lifespans by at least half-again, though the pricing did increase a bit as well. In 14′ and 16′ lengths, we also sell the Rocky Mountain brand, which are also imported like the Maxxons and are priced fairly close. The American made tubes we carry are often nearly double the Maxxons and Rockys in price. The warranty is five years, and the company has been around longer than most purveyors of inflatable cat tubes, so that’s certainly a positive. 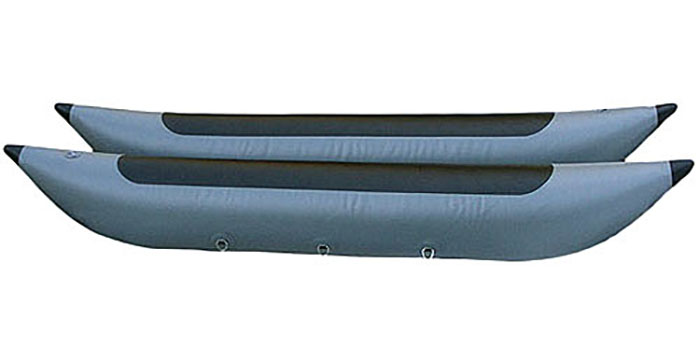 The supplier Maxxon uses has changed a few times over the decades. Their tubes are relatively flat on top, allowing a long frame, and the curvature in the underside is smooth and continuous because they do not use the more crude separate pieces for the end sections as many pontoon makers do. Instead there in one long seam the entire length of the underside, though some of our photos still show the older versions of the tubes. Maxxon tubes are built with raft-weight 1100 denier pvc, and all sizes 10′ and up have two chambers per tube. Only the nine footers are single chamber. Above 16′, Maxxon occasionally has 22′ and 26′ tubes on the shelf, but not always. These giant sizes, in 30” diameter, have four chambers per tube. Maxxon also used to make an 18′ size, but they won’t be for now unless someone orders at least ten pairs. AIRE and NRS are among the few sources for eighteens.

Maxxon PT-16 Pontoon Cataraft Tubes come in 22” diameter, and 25”. There is a very small difference in price between the two diameters. They use a chafe patch on the bottom of their tubes like the rowing frame chafer on top. 12′, 14′, and 16′ sizes have four heavy duty D-rings on each side of each tube, sixteen total for a pair. All sizes use molded urethane end cones for those bumper-car sessions with river rocks.

Typical lifespans for welded pvc whitewater tubes and rafts are anywhere from 22 to maybe 33 years. The D-ring patches used for Maxxon boats – rafts and pontoons – are assembled with a radio frequency welder, though they are then glued onto the hull. This means they may come loose at some point down the road before the actual tubes give out. On the Rocky Mountain brand we sell, the D-rings are welded to the hull.

Maxxon PT-16 pontoons weigh about 72 pounds per pair in the 22” diameter, and about 77 lbs. in the 25” version. Colors are blue and medium gray. 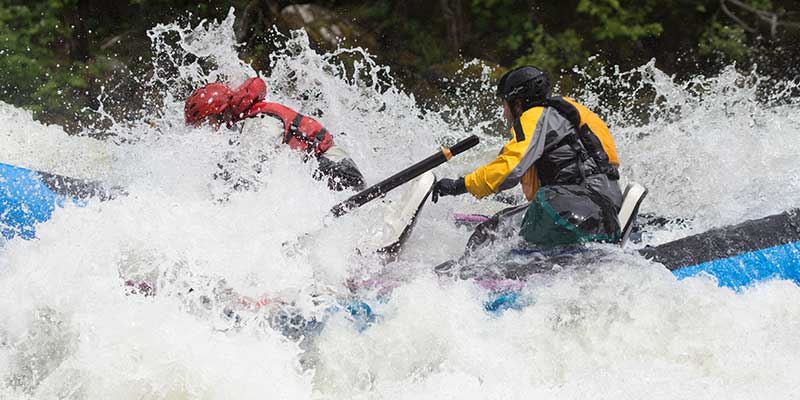 ⚠️ Warning: These products are made of PVC and can expose you to chemicals including Di(2-ethylhexyl)phthalate (DEHP) which are known to the State of California to cause cancer and birth defects or other reproductive harm. For more information go to www.P65Warnings.ca.gov